The best food review of the year 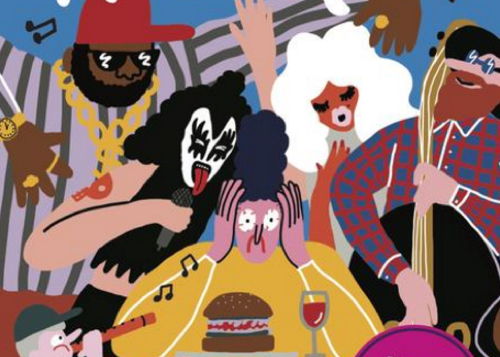 I believe this is the best food review I’ve read this year.

There are dicks and vaginas on the floor. Metallica on the sound system, and the menu sometimes features something called a deepthroater. It’s so tempting to hate it. But then you eat former St John head chef Lee Tiernan’s dayglovibrant riffs on kebab-house fare, and you can’t help but acknowledge that you’re eating the future. A future where the quality of the ingredients and the care taken in their preparation run up against the trashily enjoyable dishes they appear in, erasing forever the distinction between high and low. A future where the food is just a part of the noisy fun you’re having, but remains of paramount importance. A future rooted in London but content to range promiscuously across most of the world map. A future that’s bright, but that’s also dicks and vaginas.

*btw, that’s a Lamb Offal Flatbread: it looks harmless, doesn’t it? It’s not.